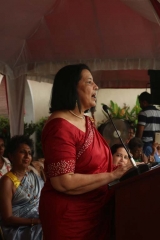 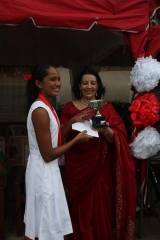 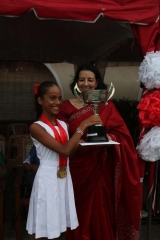 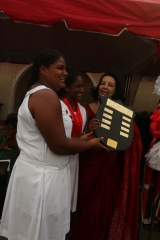 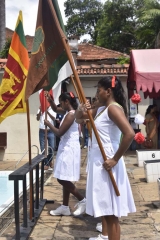 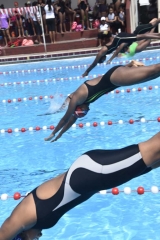 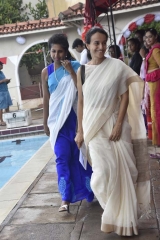 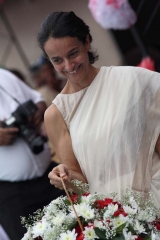 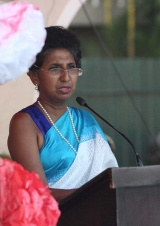 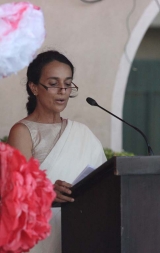 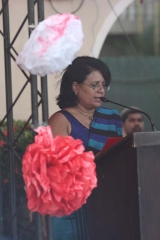 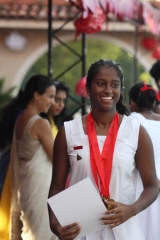 The biggest event in our second term school calendar, the interhouse swimming meet took place on the 13th of June with a lot of effort, fun, and loud cheering. The weekend prior to it was the mini meet, and on all three days our swimmers gave jaw dropping performances! The pool was filled with screaming kids that were supposedly ‘practising’ for weeks before the meet itself, and house spirit ran high in every girl that dipped her foot into the water. From the class relays to the one length sprints to the long distance events that totaled 800 meters, everyone tried their best to win those coveted points for their houses.

Yet again, our star swimmers didn’t fail to amaze us! Sashi Weerawarane won the Butterfly Cup. Sheshani Srikumar won the Breast stroke cup with a record breaking time in the 200m breast stroke and she was ajudged the best intermediate swimmer. Dileka Gunawardena broke the 400m and 800m freestyle records and won Best Senior Swimmer and Best Overall Swimmer. The houses put their best teams forward for all the relays and team events too. For interhouse tug-o-war, Dale came first, followed by Loos and then Nixon.
Loos won Interhouse water polo, with Nixon second and Whitney third. As usual, everyone who took part enjoyed themselves thoroughly, though they were wrung out afterwards. Continued on pa

The houses competed as vigorously as ever, and we saw Loos walking away with the relay cup and the Gala cup, but at the end of the day, Nixon emerged the overall winners! In the lead from the beginning, they out swam all the other houses by over 200 points, a clear and decisive margin that was greeted by squeals and celebrations from the Nixonites. Loos came second, followed closely by Whitney and then Dale, but despite varying places and points, everyone had the same level of excitement and enjoyment. In an atmosphere of chlorine and cheers, unforgettable memories were made with every length that was swum