Willis 2 for London A level classrooms and Tuckshop

You are here > Homepage > About > History > Nirmali Wickremesinghe Principal 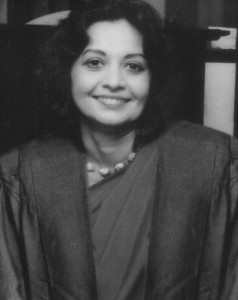 A third generation LCite and the third old girl Principal, Nirmali Wickremesinghe, gathered a wealth of experience both in government schools and abroad, which had enriched her vision of education and helped her to make a notable contribution toward the all round development of the school.

She faced many difficulties especially at the start of her principalship, which involved a need to make decisions in the administration of the school due to changes in educational policy in the country. Overcoming these problems, she was able to attract good quality teachers to help her in the task of improving all aspects of education with no stone unturned.
She was able to harness not only the students and teachers but also the parents and old girls to give their fullest support to the school. There is no doubt that with her leadership, the school was able to move forward. She firmly believed in a multicultural education, the need for traditions and languages and tolerance of others’ thoughts, culture, religion and language and open vision are an essential part of children’s character-building.

According to her, an LCite should be able to not only do well academically but also take part in all school activities that would build character and develop talent. An LCite should have both IQ and EQ and be able to live in any part of Sri Lanka. She has encouraged the students to take part in a variety of social service projects and to be conscious of the number of other less privileged children who need help. She has wanted the children to be aware that Ladies’ College is not an exclusive Ivory Tower remote from and ignorant of society.

She was readily accessible to students, teachers and parents and gave them all a patient hearing. She introduced IT facilities to the teachers to make the class room experience more interesting for the children. Her greatest contribution to Ladies’ College was the ideas and inspiration she gave her staff and students, encouraging them to have the confidence and freedom to fulfill their task, thus instilling leadership and freedom of expression in the school.

She introduced many annual events; sports encounters such as water polo with Visakha Vidyalaya, hockey with Bishops College and the famous regatta with Museaus College. She also introduced the Lilian Nixon Interschool Debating competition and Serendipity, where all students had an opportunity to show case their talents in music, dance and song. Sinhala Day and Tamil Day were also introduced in her time.

A thematic Wednesday Assembly was introduced, where there was a great deal of student participation. Religious societies also make presentations in order to establish better understanding of other religions.
The standard of sports improved markedly and also increased in number from 9 to 16. The new Sports Complex, housing the badminton and squash courts and the gymnasium, was completed in 2013.

During her tenure, Ladies’ College produced excellent theatre productions in all three languages, including the particularly memorable musicals, “The Hunchback of Notre Dame”, “Sister Act 2” (by the Middle and Upper schools) and “Tania, Annie and the Gypsies” and “Scheherazade” ( by the Primary school). An outstanding dance drama, “Draupadi Sabatham” and “Rama Kathai” (Epic of the Ramyana) was performed in Tamil. In Sinhalese, there was an enjoyable Street Theatre and Thammanava-Oriental ballet depicting the Vijaya- Kuveni story and “Sakuntala” by Kalidasa on the Ladies’ College Stage.
The children have travelled abroad to take part in international competitions in both debating and sport and exchange programmes with schools in Germany and Karachi.

Buildings were expanded and renovated, and several new buildings were built. The Old Willis Hall is now a three storey block of class rooms for the Primary school; the new block of class rooms for the London A levels has a large cafeteria and rooms for an office and an infirmary downstairs. The new building for the College Archives combined the junior library, the table tennis courts and the book shop. The Sports Complex was the jewel in the crown.
Boxford building was renovated into a child-friendly nursery, and several buildings – the Hall Green Room, the Hostel and Day Care and the domestic science rooms were refurbished. In 2013 she undertook the mammoth task of air conditioning the School Hall which was successfully completed and appreciated by all.

She resigned at the age of 61 after 10 years of a very successful principalship.
View an interview with Mrs. Wickremesinghe on television.

A salute from the Heart The opening video played at the tribute dinner for Mrs Nirmali Wickremesinghe hosted by the Parents Teacher Association of Ladies’ College.